3.5
View Plans
Call NowCall now
Data effective 04/25/22. Offers and availability vary by location and are subject to change.
* For the first 12 months.
† Limited time offer; subject to change; valid to qualified residential customers who have not subscribed to any services within the previous 30 days and who have no outstanding obligation to Charter.

Spectrum TV’s packages are reasonably priced, all three channel lineups have most of your favorite popular channels, premium channels are available to add to any package, and (to put the cherry on top) it’s a contract-free service.

Spectrum is available in select cities in 41 different states, which makes it one of the most widely available cable TV providers in the US.

Without further adieu, let’s get into the details to find out if Spectrum TV is your next cable service.

Did you know you could get Spectrum Internet too?

Enter your ZIP code and let’s see if Spectrum TV is available in your area.

How much does Spectrum TV cost?

Spectrum TV won’t break your bank, and you’ll get a solid channel lineup with all three packages. You just have to decide which channels are most important to you (scroll down for the magnificence).

We should warn you: these advertised prices are only good for the first 12 months of your service. After your first year, Spectrum isn’t clear as to what your monthly bill price will be.

How much are Spectrum TV's packages?
Data effective 04/25/22. Offers and availability vary by location and are subject to change.
* For the first 12 months.
† Limited time offer; subject to change; valid to qualified residential customers who have not subscribed to any services within the previous 30 days and who have no outstanding obligation to Charter.

You can bundle with Spectrum internet, so you only have one hassle-free bill for both services. Expect to pay an extra $50 per month for download speeds of 200 Mbps for your home.

This is an ideal speed if you have multiple people in your household who work from home, download content, and stream simultaneously.

Spectrum’s internet is our second favorite cable internet provider because it gives you unlimited data caps without a contract.

Does Spectrum TV have a contract?

One of the beauties to Spectrum TV: there’s no contract. So you can cancel whenever you’d like.

Whether you move, need to save money, or choose to try a live TV streaming service, you can cancel without paying any cancellation fees.

Does Spectrum TV have fees?

It’s common for a cable TV provider to charge monthly for the TV receiver and DVR service, and Spectrum’s cost is fair.

We recommend getting the DVR service package if you plan to put a TV receiver in your living room, your bedroom, and your kid’s bedroom.

The broadcast fee for Spectrum is higher than we usually like it to be. It’s just a dollar more than Xfinity’s broadcast fee ($20), but cable TV providers, like Verizon Fios TV and Optimum TV, don’t charge this fee.

At least Spectrum doesn’t charge a regional sports fee like some cable providers do.

How much are Spectrum TV’s fees?

Keep in mind, Spectrum’s fine print says “installation and activation fees are extra”, but Spectrum doesn’t specify how much they are.

What channels does Spectrum TV have?

All of Spectrum’s channels are in HD, and there’s no other cable TV service that offers more HD channels than Spectrum does. And you’re most likely going to find your favorite channels with Spectrum.

Get the TV® Select package if you’d like most of the popular channels for a low price. TV Select + Internet + Voice will have HBO, and specialty channels such as Disney XD and the Cooking Channel. And the TV Select + Internet Gig + Voice plan is perfect for those who want more movie channels, like Starz, EPIX, and MoviePlex.

You’re going to want the TV Select + Internet Gig + Voice package if you’re a sports fan. Scroll down a little for the sports channels section to see the 30 sports channels you could have in your living room right now.

Spectrum gives you up to 50,000 on-demand movies and TV show episodes on top of your service! As you upgrade from one package to another, you’ll have access to even more titles to watch while waiting in the grocery store line or on a Saturday family movie night.

Does Spectrum TV have premium channels and add-ons?

Yes. Like we said earlier, with the TV Select + Internet + Voice package, you’ll get HBO, HBO Max, and SHOWTIME in your channel lineup.

When you upgrade to TV Select + Internet Gig + Voice, you’ll get HBO, HBO Max, SHOWTIME, STARZ, and STARZ ENCORE included in your plan.

But if you want the TV® Select package and your kids love the movies on HBO Family, or you want EPIX because you can’t miss out on Belgravia, make sure to budget for the additional cost.

How much are Spectrum TV’s premium channels and add-ons?
Data effective 12/02/21. Offers and availability vary by location and are subject to change.
‡ Not all products, pricing and services available in all areas. Restrictions apply.

Which Spectrum TV package is best for sports?

The TV Select + Internet Gig + Voice package is going to be the best for sports, hands down. But overall, Spectrum understands sports channels are a big deal.

If you’re a golf fan, this is the best provider for you because the starter package has the Golf Channel, which is rare, like the double eagle.

Spectrum’s TV Select + Internet Gig + Voice package includes all of the above and following sports channels:

Spectrum’s DVR storage could be a bit scarce

To put it bluntly, Spectrum’s DVR is certainly not one of the best in the industry.

Let’s open with the downsides and end with the upsides, starting with the most important feature of a DVR: the storage hours.

That’s not a lot when, over time, you want to record more than just eight movies, five NCIS episodes, three NBA games, and five episodes of Paw Patrol.

The other downside for you and the fam is the fact that you can only record two shows at once. This might be easier to get around than sharing 35 hours of DVR storage.

According to Spectrum, a DVR that records 150 hours and can record six shows at once is available. But we were dubious as we couldn’t find this option at checkout.

So if you choose Charter Spectrum TV as your next provider, we’d suggest calling and asking to get the enhanced DVR.

How much is Spectrum’s DVR service?

Now, for the upsides!

Spectrum’s DVR might be subpar when compared to other DVRs in the cable TV industry, but with that, you get lower fees. We kinda like that compromise.

Let’s say you need two cable boxes in your home and you want DVR service, how does Spectrum compare to other cable TV companies?

With Spectrum, your monthly price would be $28.

Which devices are compatible with Spectrum TV?

The Spectrum TV app allows you to watch live TV on the go when you’re waiting for your son’s baseball practice to finish or on your lunch break.

You can even use the Spectrum TV app as a TV remote and browse through channels, set up recordings, and access parental controls.

Spectrum TV is compatible with the following streaming devices:

Recap: Is Spectrum TV worth it?

Spectrum TV may not provide as many DVR storage hours as its competitors, but at least its fees are low compared to other cable TV providers.

The part we like the most about Spectrum TV: you get access to about 30 sports channels for $99 per month. That’s like the price of one ticket to a game!

Spectrum also rarely changes its channel lineup on you (which is common in the cable TV world), and you don’t have to worry about a contract.

If you want a decent number of channels for a fantastic price and you live in one of these cities of the 41 states it’s offered, you might have found your next cable TV service.

If Spectrum TV isn’t available in your area or you need more DVR storage space, check out our top cable TV providers for other options.

What do you think?

Do you have Spectrum TV? What’s your experience with it been? Or do you like a different provider better?

What channel is CBS on Spectrum?

Every location will be different, but to get a specific channel number for your area, enter your address on Spectrum’s channel lineup page.

What devices are compatible with the Spectrum TV app?

The Spectrum TV app is compatible with the following devices:

Written by
Chantel Buchi
Chantel is all about finding the best tv or streaming service to watch as many football games as possible to keep her Fantasy Football team in check. Prior to being a TV and Streaming Tech Reporter for Reviews.org, she worked for NFL Network and The Alliance of American Football. Before that, she received a B.A. of Communication at the University of Utah and an M.S. in Sports Journalism at USC. Go Utes and Fight On. Contact her at chantel@reviews.org
Read More 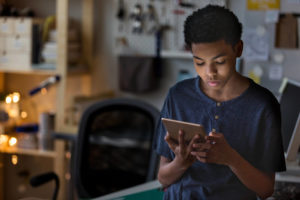 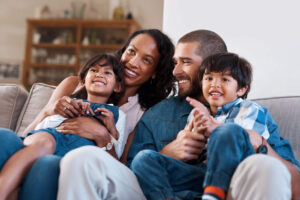 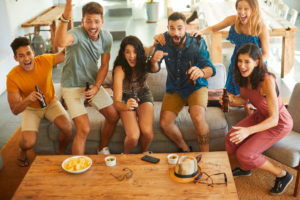